Joel Van Cleve served more than 10 years in the military, with deployments to both Afghanistan and Iraq before he retired after being injured.

When he returned home to his wife and two children, he had a plan of getting a job and ramping up a career.

It didn’t happen that way.

To make it worse, he had not begun to receive disability or unemployment benefits and he had no idea how he was going to feed or house his family.

“I called a number of places in this area,” Van Cleve says. “TLS was the only place that helped.”

He describes how the very same day he showed up at their door, he enrolled in their housing and employment programs, and when he went out to his car, staff members had filled it with food.

“It was a huge ease on my financial burden,” he says. “They helped me get into a house — and off the couch.”

Van Cleve, who lives in unincorporated McHenry County and is in the process of moving to Crystal Lake, describes going through the job training and placement program. While he trained, he worked a part-time job at TLS. It was one more way the agency helped him, he says.

Eventually, he secured the job he has now as a senior document specialist for a global pharmaceutical company.

“My success is completely due to TLS,” he says. “They helped me get to where I am today.”

Van Cleve says he is not only grateful, but he wants to continue to help the agency spread the word and reach other veterans.

“It’s important for me to give back and pay forward the help I’ve received,” he says. “I especially want to reach those veterans who are behind me — and still struggling.” 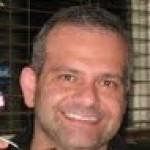